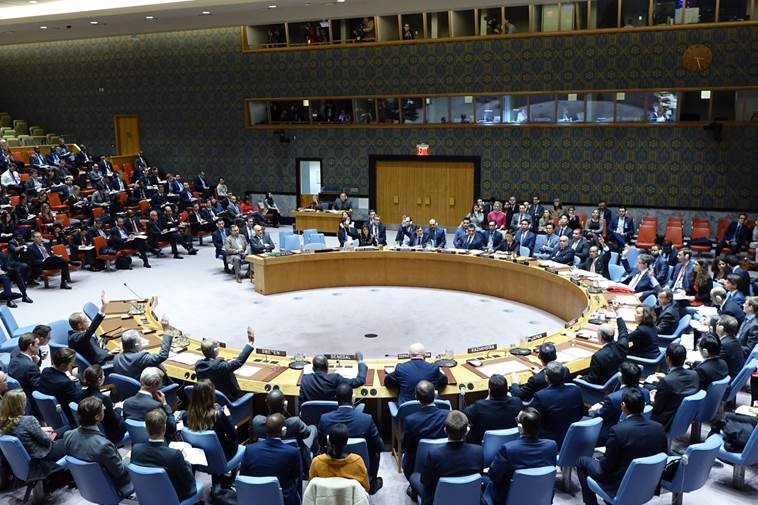 Ambassador Nikki Haley, U.S. Permanent Representative to the United Nations, delivered an explanation of vote in the UN Security Council this afternoon after Russia vetoed a U.S.-drafted Security Council resolution to extend the mandate of the Joint Investigative Mechanism (JIM), the only independent, impartial tool the international community has to identify who is responsible for chemical weapons attacks in Syria. The JIM’s mandate expires today. Today’s veto marks the 10th time Russia has used their veto to block UN Security Council action on Syria.

“Russia has killed the Joint Investigative Mechanism, which has overwhelming support of this Council. And by eliminating our ability to identify the attackers, Russia has undermined our ability to deter future attacks. Assad and ISIS will no longer be on notice for the use of chemical weapons by Russia’s actions today. The message to anyone listening is clear: in effect, Russia accepts the use of chemical weapons in Syria.”

“Regardless of what its Russian protectors do here in the Security Council, the Assad regime should be on clear notice: the United States does not accept Syria’s use of chemical weapons. As we did in April, we will do it again if we must. We will defend the international standard against chemical weapons use. It would be wise for the Assad regime to heed this warning.”

“What a shame it is that Russia has revealed itself to be a government whose allegiance is to the Syrian regime, not the truth or the protection of innocent civilians. Russia may have succeeded in silencing one independent voice in Syria today, but there are others who will carry on this work. And we will not stop until there is justice for the victims and accountability for the perpetrators of the chemical weapons attacks in Syria.”