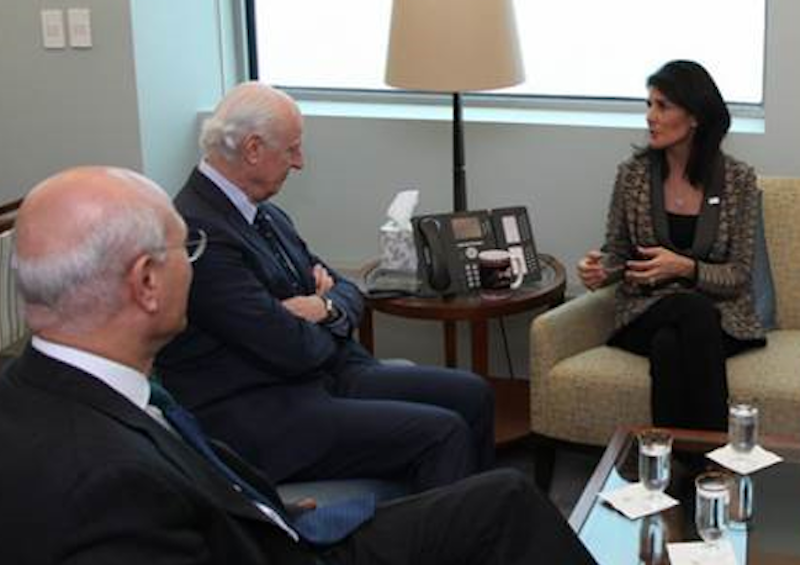 Ambassador Nikki Haley met with UN Special Envoy for Syria Staffan de Mistura on March 10. Ambassador Haley reiterated the United States’ strong support for the UN-led peace process and thanked the Special Envoy for his tireless efforts to bring all sides of the Syrian conflict together to advance a political solution.

Ambassador Haley expressed support for the Special Envoy’s agenda for the next round of talks in Geneva on March 23, noting his hard-won achievement in bringing the warring parties to the negotiating table. Ambassador Haley and Special Envoy de Mistura agreed that all sides must come to the next round of talks prepared to negotiate in good faith. They agreed that a comprehensive political process is the only way to rid the country of terrorist groups and allow Syria to become peaceful and prosperous.