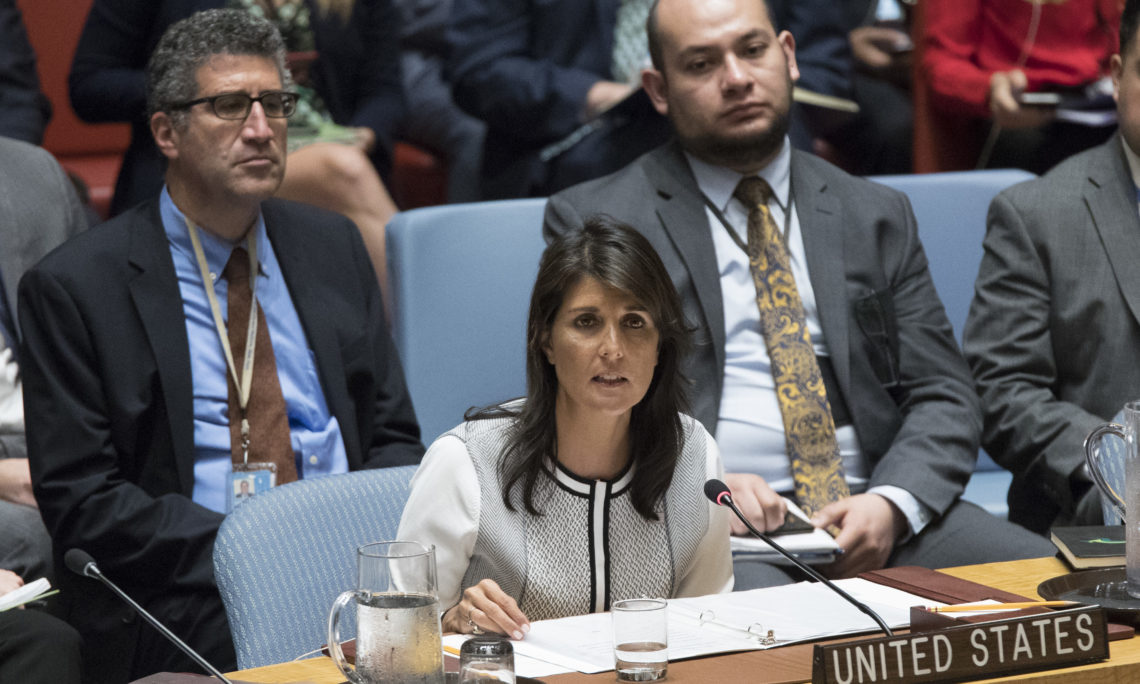 For the next four weeks, Syria will hold the rotating presidency of the Conference on Disarmament in Geneva. The United States would have attempted to block Syria’s presidency, but the rules of the Conference on Disarmament prevented us from doing so. During this period, the United States will limit participation in informal sessions convened by the presidency and will continue to highlight the hypocrisy of Syria holding this position in spite of its continued use of chemical weapons and disregard for its other disarmament obligations.

“It is shameful that a regime that continues to use chemical weapons to murder its own people has the audacity to accept the presidency of the very organization that established the Chemical Weapons Convention. The Assad regime does not have the moral authority to chair an organization that helped establish the global norms for ending the use of these heinous weapons. It should immediately relinquish the presidency, and every country that supports accountability for the use of weapons of mass destruction should share our outrage and join us in opposing Syria’s presidency,” said Ambassador Haley.