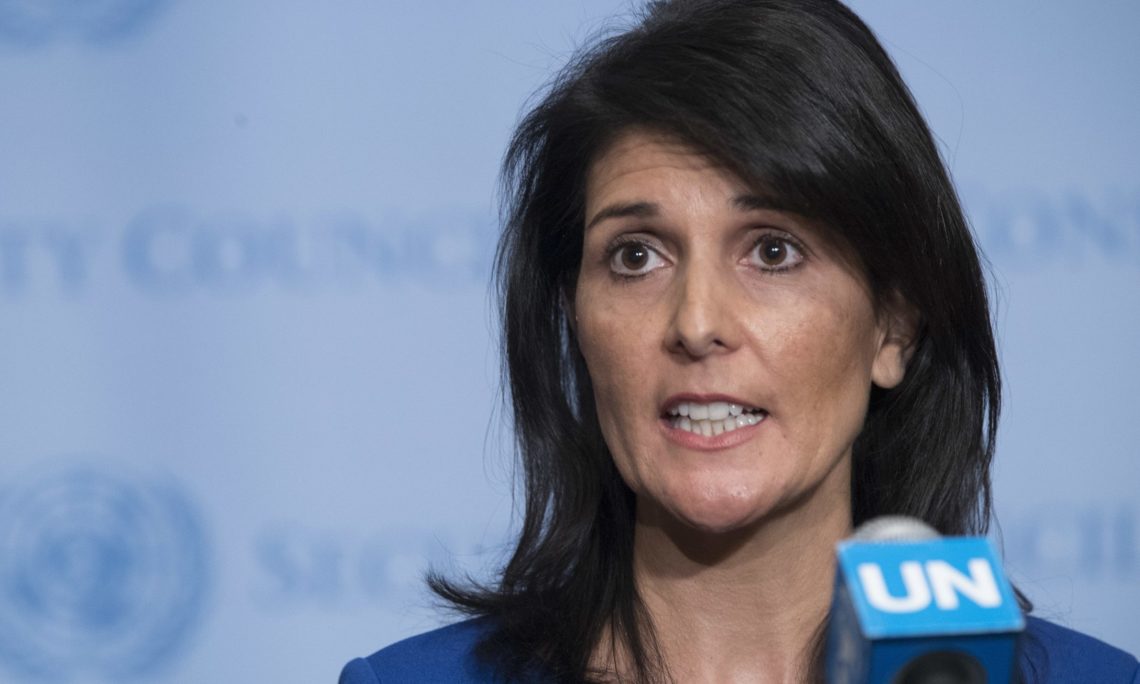 United States Ambassador to the United Nations Nikki Haley speaks to reporters after a Security Council meeting on the situation in the Middle East, Thursday, Feb. 16, 2017 at U.N. headquarters. The United Nations and the Arab League on Thursday issued a joint statement in support of the establishme

Press Release: Ambassador Haley on the Release of an Independent Report on Chemical Weapons Use in Syria

Today, the Organization for the Prohibition of Chemical Weapons (OPCW) issued a report concluding that the chemical weapon sarin was used in the March 30, 2017 attack on the Syrian town of Ltamenah. That attack injured more than 70 people. The OPCW will submit its latest report to the Joint Investigative Mechanism (JIM) to identify who was responsible for this attack. The JIM’s mandate is set to expire on November 16 unless the Security Council takes action to extend it.
“Once again, we see a confirmed incident of chemical weapons use against innocent Syrian civilians. Unless the Security Council takes immediate action to renew the mandate for the JIM, there will be no independent, impartial tool to identify who is responsible for these terrible attacks. One country – Russia – stood in the way the last time we tried to extend the work of these investigations. The United States will continue to work in good faith with our Security Council partners to keep the JIM up and running, since we know there are more attacks that will require investigations. Now more than ever, Security Council members must put aside political games and meet our responsibility to protect the world against chemical weapons use,” said Ambassador Haley.