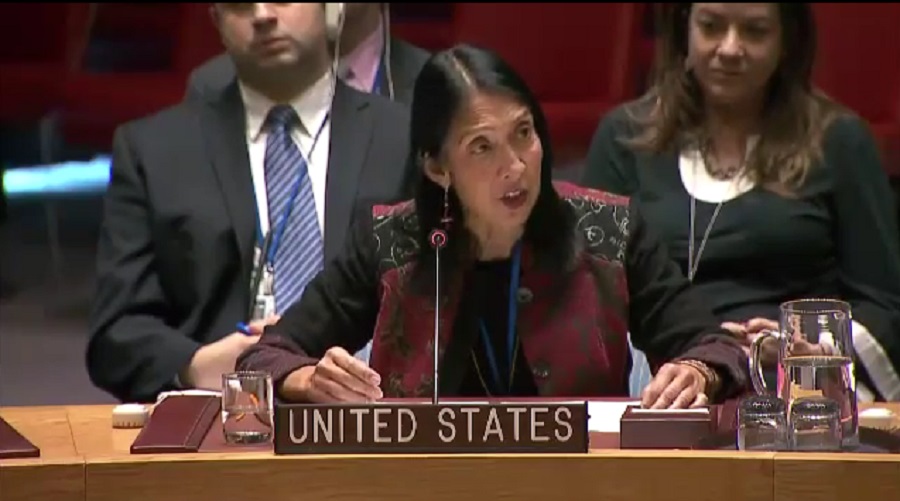 Yesterday we learned from our Russian colleagues about a proposed arrangement that Russia and Turkey had concluded to introduce a cessation of hostilities and restart intra-Syrian discussions. Their goals are laudable and we welcome all efforts to end the violence in Syria and strongly support a nationwide ceasefire accompanied by unfettered humanitarian access to all besieged areas.

That said, we are still learning more about this initiative, including details regarding its implementation. In this regard, we regret that the annexes to the agreements, which outline the ceasefire arrangement brokered by Russia and Turkey in detail, have not yet been made available.

We have voted in favor of this resolution because it strikes the right balance – cautious optimism and support, predicated on hope, but tempered by a realistic need to wait to see how this arrangement is implemented before casting the full weight of the Security Council behind it.

We would highlight two key points. Our hope is that a ceasefire will truly hold and will‎ not serve as a justification for further unacceptable offensives. In that regard, we are concerned at reports of a regime offensive, supported by Hizballah militia, in Wadi Barada. The Security Council’s adoption of this text should be seen as a strong signal that such activities must cease.

We have also seen press reports that some signatories are concerned about differences between regime and opposition versions of delegation documents. In this regard, we hope that reconciliation of any differences – or explanation of why there are differences – will occur swiftly. We especially stress that OP2 of the resolution just adopted emphasizes the need for full implementation of Resolutions 2254 and 2268. Likewise, it is clear from OP3 that talks in Astana will relate directly to the UN’s process.