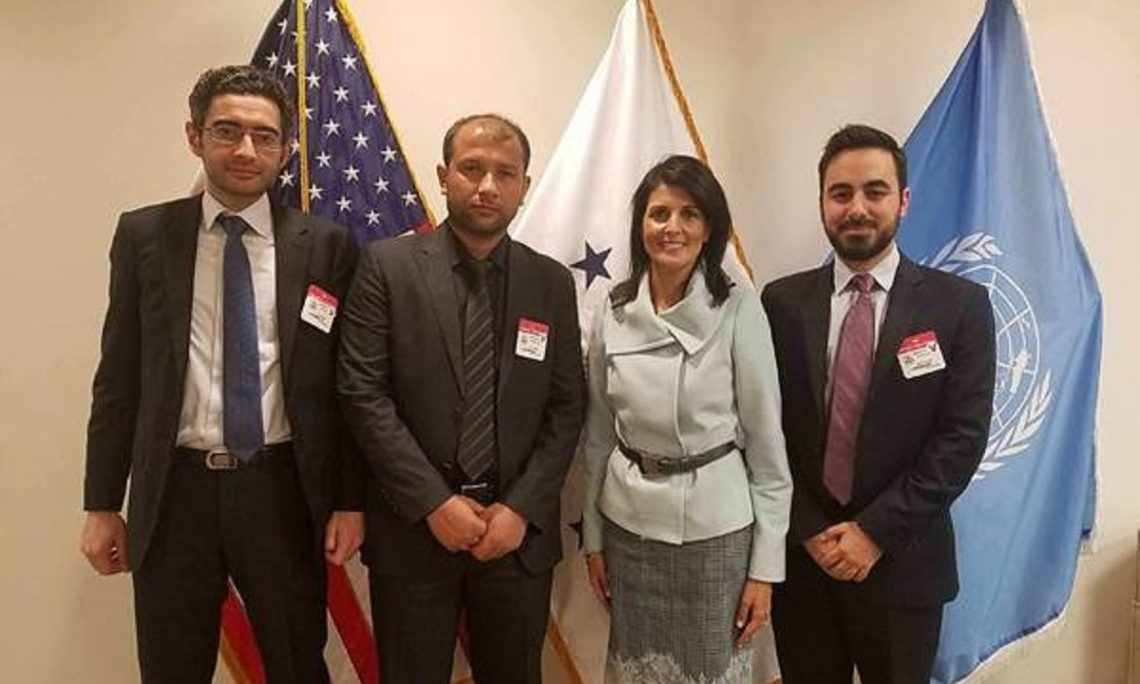 Ambassador Nikki Haley met with Mr. Raed Saleh, head of the Syria Civil Defense, also known as the “White Helmets.” Ambassador Haley and Mr. Saleh discussed continued U.S. support for the White Helmets, who risk their lives every day as the first responders, rescuing and giving medical care to civilians caught in the brutal fighting in Syria.

Ambassador Haley and Mr. Saleh discussed the need for violence against civilians to cease immediately so that the Syrian people can return to their normal lives and those displaced can return home. They agreed that all sieges must be lifted immediately, especially in areas such as Eastern Ghouta, where the humanitarian and medical situations continue to deteriorate. They stressed that the United States and the international community will never tolerate the use of chemical weapons, and noted an increase of hope among Syrians after the April 6 airstrikes on Shayrat airbase. Finally, they reiterated the need for Iran and Hizballah to stop their destructive meddling in Syria.