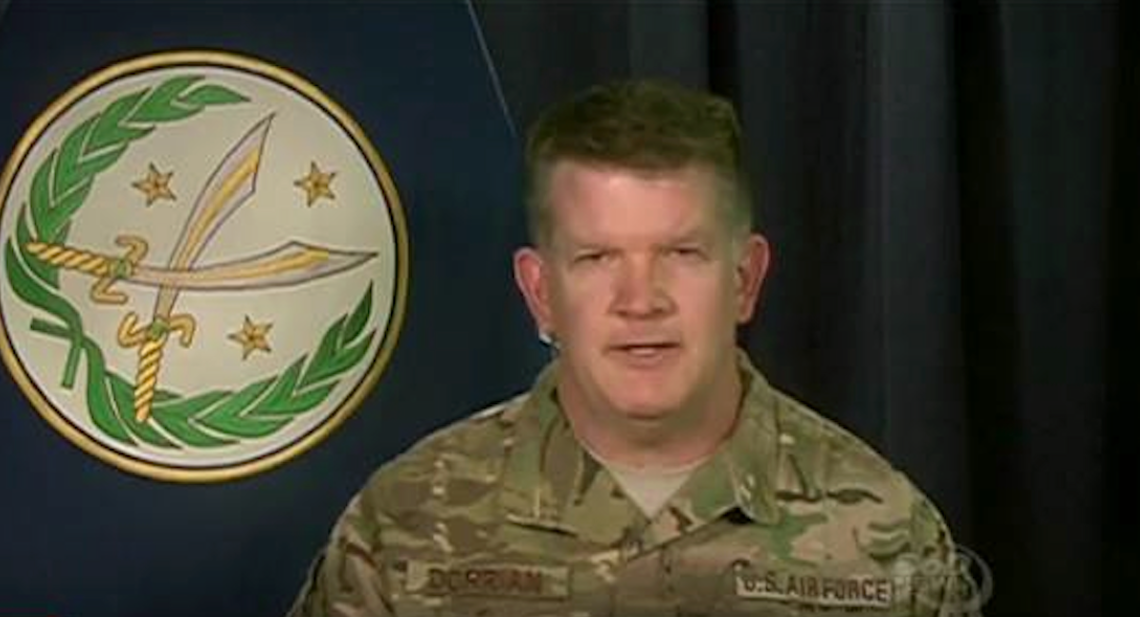 The Syrian Democratic Forces and the Syrian Arab Coalition have continued their progress, isolating Raqqa. Since their operation started November 5th, our partner forces liberated 3,172 square kilometers of terrain and moved within five kilometers of Tabaqah Dam to the west of Raqqa.
Elsewhere in Syria the coalition continues its daily coordination and its conversations with Turkey. As a result, we have recently flown several ISR missions to support Turkey and their partnered forces operating around al-Bab. We’ve also begun conducting strikes against those targets in the vicinity of al-Bab. These strikes eliminated Daesh capabilities around the forward line of enemy troops near the city.