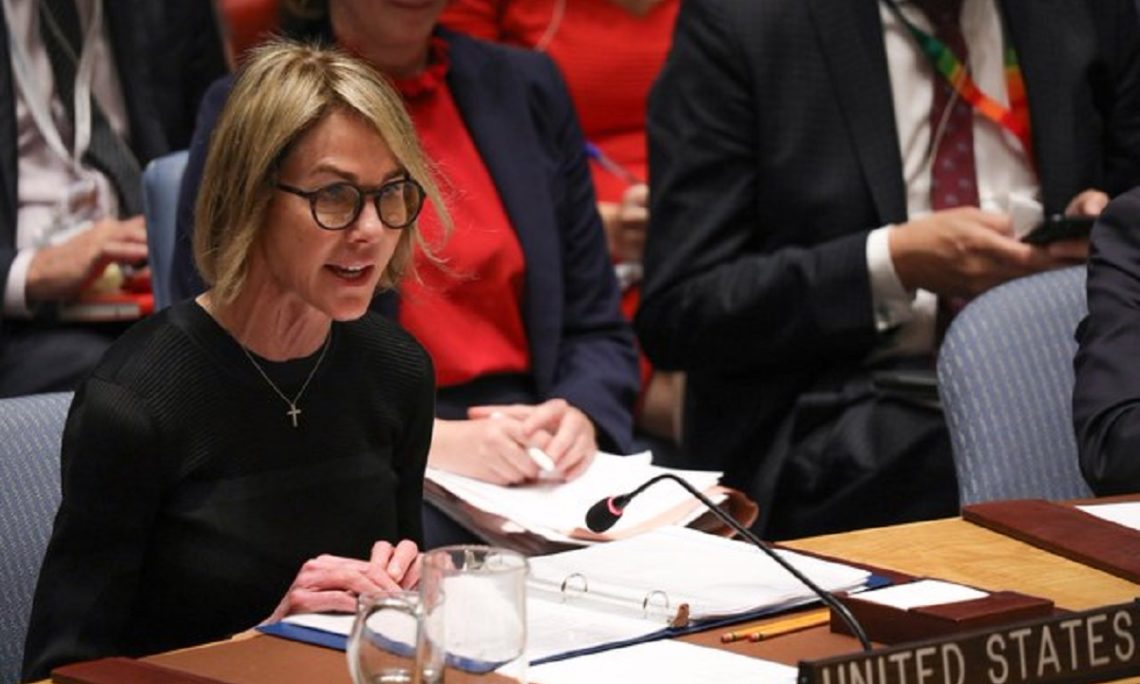 Today’s vote on the Security Council resolution on a humanitarian ceasefire in Idlib underscores the commitment of the international community to bring peace and stability to northwest Syria. This Council must act to end the violence, in particular against civilians, in Syria, and enable humanitarian actors to provide assistance to its most vulnerable populations. After nearly nine years of conflict, the Syrian people deserve nothing less.

The United States is proud to vote in favor of the resolution authored by Belgium, Germany, and Kuwait, to uphold our shared responsibility to protect civilians whose lives are at stake.

It is deeply regrettable that the Council was not able to agree to a ceasefire resolution that would have saved lives in Idlib, especially as the Assad regime and its allies prepare to launch another offensive on the people of Idlib.

It is also regrettable that the Council could not agree on a resolution that included language that would have held the Assad regime and Russia responsible for their vicious attacks against the Syrian people.

Let there be no mistake: for five months, the Assad regime and its allies have engaged in attacks that have devastated civilians, as well as the civilian infrastructure, such as schools, hospitals, and water facilities.

The Assad regime and Russia were responsible for 1,031 civilian deaths in Idlib province between April 29 and August 29 according to the UN High Commissioner on Human Rights.

While they can continue to try and hide behind lies and disinformation in this Council today, there is no doubt that the regime and Russian forces responsible for these attacks must be held accountable for their actions.

The world knows that, despite their denials, Russian and Syrian planes dominate the skies in northwest Syria, and so far, the Russian Federation has failed to comply with the UN’s de-confliction arrangements intended to keep civilians and hospitals safe.

The Assad regime and its allies tell the international community that they are merely conducting counter-terrorism operations. But we have seen this before. What we are witnessing is not counter-terrorism, but an excuse to continue a violent military campaign against those who refuse to accept the Assad regime’s authority.

Russia’s veto of today’s resolution – Russia’s thirteenth veto on Syria – represents yet another attempt to absolve itself and the Assad regime of their culpability in the deaths of thousands of Syrian men, women, and children. Russia has unequivocally proven, through its actions in this Council and on the battlefield, that it has no interest in protecting Syrian civilians in Idlib, Aleppo, Eastern Ghouta, and Dar’a. Nor does it have interest in a lasting humanitarian ceasefire. We are disappointed that China has decided to be complicit in these activities and joined Russia in its decision to veto the resolution.

What Russia cares about is protecting Bashar al Assad, at the expense of the lives and peaceful aspirations of the Syrian people. We once again call on Russia to join the international community in a process that will result in the final stabilization of the country.