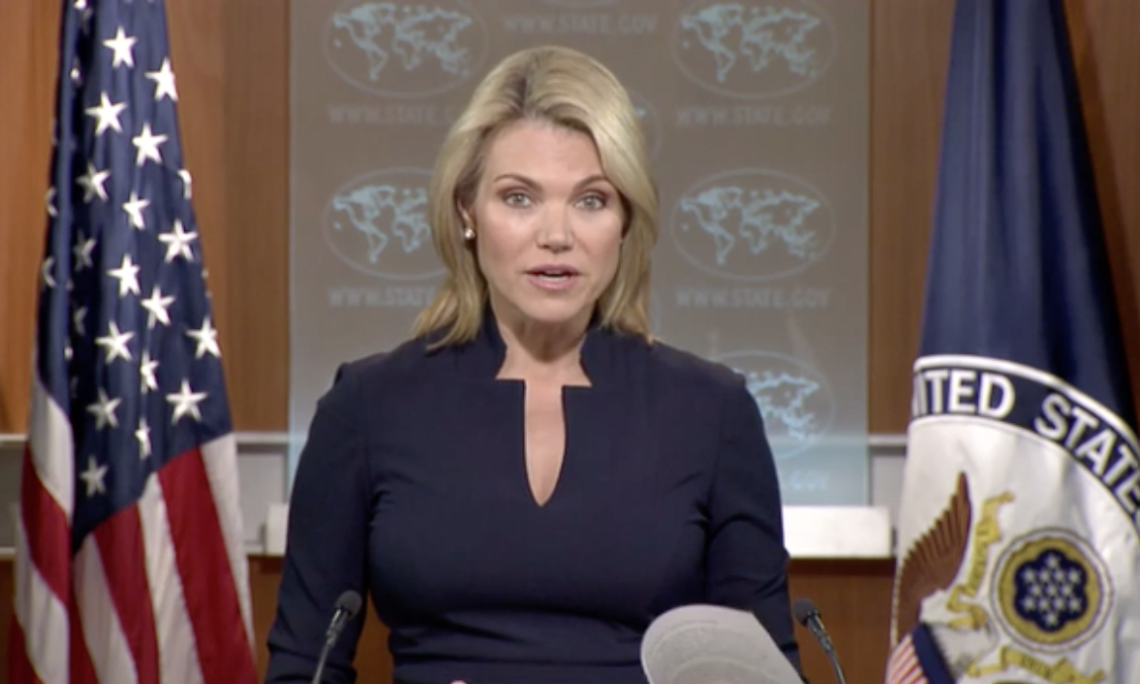 The United States, the Global Coalition, and local partners, including the Syrian Democratic Forces, are launching operations to liberate the final ISIS strongholds in Syria. The fighting will be difficult, but we and our partners will prevail. We will defend United States, Coalition, and partner forces if attacked. The days of ISIS controlling territory and terrorizing the people of Syria are coming to an end.

We will work with our NATO ally Turkey and our partners Israel, Jordan, Iraq, and Lebanon to secure their borders from ISIS. We will seek further fair share contributions in forces, material, and resources from regional partners and allies to stabilize liberated territories. As the President said in remarks with President Emmanuel Macron of France, we will ensure that there is a strong and lasting footprint in Syria such that ISIS cannot return and populations liberated from ISIS are not exploited by the Assad regime or its Iranian supporters.

We will reinvigorate the Geneva process under United Nations Security Council Resolution 2254, and mobilize international resources to address Syria’s urgent humanitarian and stabilization needs. The United States is committed to ensuring a future political settlement that honors the will of all Syrians, including Sunni Arabs, Kurds, Christians, Turkmen, and other minorities.