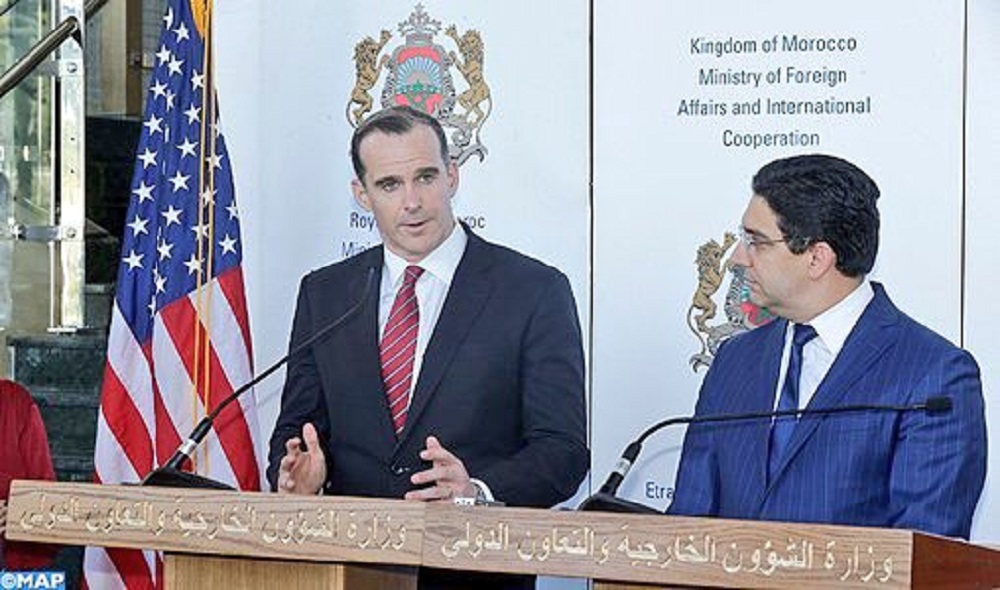 Senior diplomatic representatives from the Global Coalition to Defeat ISIS met today in Morocco to review the global campaign. Special Presidential Envoy for the Global Coalition Brett McGurk provided an update on progress in Iraq and Syria and outlined the Coalition’s increasing focus on defeating ISIS’s global networks. He noted that Operation Roundup in Syria, now in its second phase, has retaken the ISIS stronghold of Dashisha. They continue to make steady progress, as the Syrian Democratic Forces work in coordination with Iraqi Security Forces to trap ISIS’s remaining remnants and ensure they have no escape. The Coalition has liberated more than 7.7 million people from ISIS to date and allowed more than 3.8 million displaced Iraqis to return to their homes.

Special Envoy McGurk thanked Foreign Minister Bourita for his partnership and expressed appreciation for Morocco’s role in promoting security and its leadership as the first African Coalition partner to host this important event. The Coalition used this opportunity to focus the first half of the meeting on the growing threat of ISIS’s presence in Africa. Coalition partners were joined by 14 non-Coalition African countries and multilateral organizations to confront the ISIS threat. Partners discussed both locally-grown and core-connected ISIS branches and affiliates in several regions of Africa and the threat they pose to the region and the international community. Partners explored steps the Global Coalition could take to help those on the frontlines more effectively address these threats.

With this focus on Africa, the Coalition was delighted to welcome the Republic of Guinea and CEN-SAD, the Community of Sahel Saharan States, into its ranks. The Coalition continues to expand and with today’s declarations, the Coalition now stands at 77 partners.

Today’s meetings also included a session of the Donor Consortium for Early Recovery in Syria, where key Coalition contributors discussed how to further increase support for stabilization efforts and work more effectively with international organizations on the ground. Special Envoy McGurk thanked partners for the recent contributions but emphasized the enormous needs that remain in Raqqa and other liberated areas. He emphasized the importance of fully funding stabilization requirements and urged partners to continue to share the burden of these efforts and not to allow ISIS the opportunity to reemerge. Special Envoy McGurk also noted the progress already achieved on stabilization efforts in Iraq, but reiterated the needs that remain with the UNDP Funding Facility for Stabilization. The facility faces a $575 million shortfall this year.

Today’s meeting was the first since the adoption of the Coalition’s Guiding Principles at the Ministerial meeting in Kuwait in December. In line with those principles, the Coalition committed today to maintain sufficient attention in Iraq and Syria to secure our significant gains while simultaneously increasing its focus on curbing ISIS’s global ambitions.

At today’s meeting partners reaffirmed their commitment to adapt and strengthen the Coalition to counter ISIS’s own network of foreign fighters, financing, and propaganda as it attempts to establish safe havens and branches across the globe. ISIS continues to present a challenge to the collective security of the international community but the Coalition is united in its approach and will continue to stand together to address the threat.