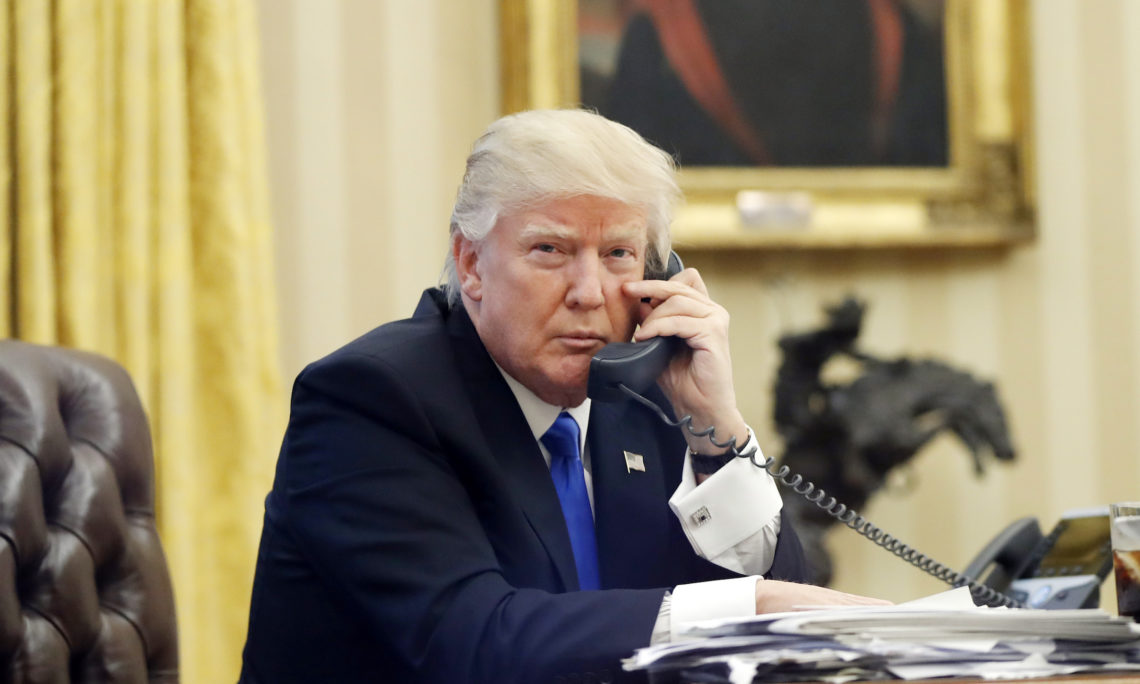 FILE - In this Jan. 28, 2017, file photo, U.S. President Donald Trump speaks on the phone with Prime Minister of Australia Malcolm Turnbull in the Oval Office of the White House in Washington. For decades, Australia and the U.S. have enjoyed the coziest of relationships, collaborating on everything

President Donald J. Trump of the United States and President Vladimir Putin of the Russian Federation spoke today regarding Syria.  President Trump and President Putin agreed that the suffering in Syria has gone on for far too long and that all parties must do all they can to end the violence.  The conversation was a very good one, and included the discussion of safe, or de-escalation, zones to achieve lasting peace for humanitarian and many other reasons.  The United States will be sending a representative to the cease-fire talks in Astana, Kazakhstan on May 3-4.  They also discussed at length working together to eradicate terrorism throughout the Middle East.  Finally, they spoke about how best to resolve the very dangerous situation in North Korea.