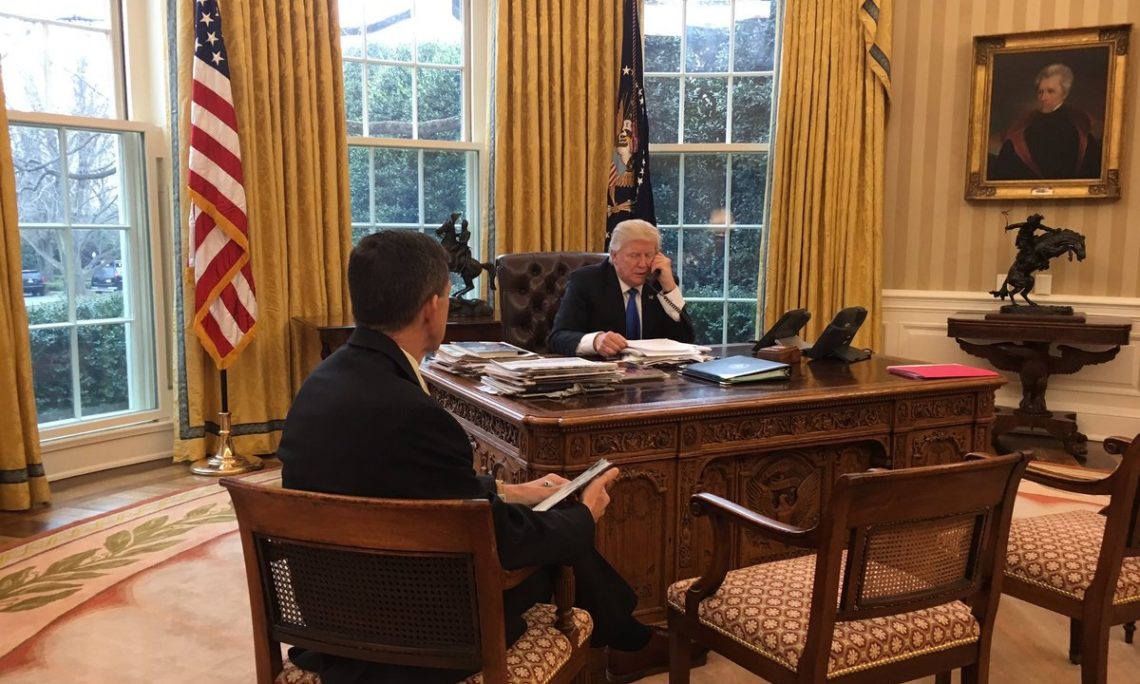 President Trump spoke today with Custodian of the Two Holy Mosques King Salman bin Abd Al-Aziz Al Saud of Saudi Arabia. The two leaders reaffirmed the longstanding friendship and strategic partnership between the United States and Saudi Arabia. They agreed on the importance of strengthening joint efforts to fight the spread of radical Islamic terrorism and also on the importance of working jointly to address challenges to regional peace and security, including the conflicts in Syria and Yemen. The President requested and the King agreed to support safe zones in Syria and Yemen, as well as supporting other ideas to help the many refugees who are displaced by the ongoing conflicts. They also agreed on the importance of rigorously enforcing the Joint Comprehensive Plan of Action with Iran and of addressing Iran’s destabilizing regional activities. The President voiced support for the Kingdom’s Vision 2030 economic program. Both leaders expressed a desire to explore additional steps to strengthen bilateral economic and energy cooperation. The two leaders also discussed an invitation from the King for President Trump to lead a Middle East effort to defeat terrorism and to help build a new future, economically and socially, for the people of the Kingdom of Saudi Arabia and the region. The President and King Salman closed by underscoring their personal commitment to continued consultations on a range of regional and bilateral issues.