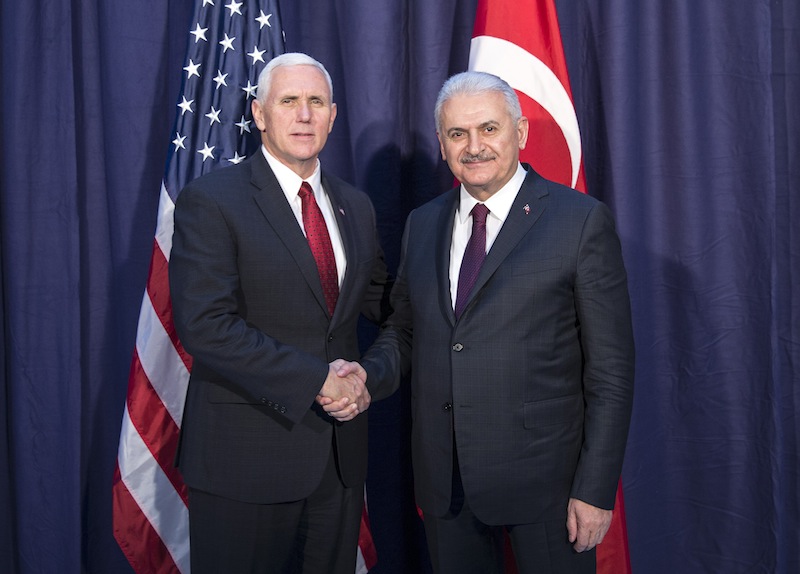 THE WHITE HOUSE
Office of the Vice President
FOR IMMEDIATE RELEASE
February 18, 2017

Vice President Pence met with Prime Minister Binali Yildirim of Turkey in Munich today. The Vice President expressed condolences for the brutal and senseless terrorist attack that occurred yesterday in southeast Turkey. The Vice President reiterated the United States’ commitment to Turkey as a strategic partner and NATO ally. The two leaders also discussed an array of regional issues and reaffirmed their shared commitment to combating terrorism in all its forms. The Vice President thanked Prime Minister Yildirim for Turkey’s significant contributions to the counter-ISIS campaign, and expressed his condolences for Turkish loss of life in the fight against terrorism. Both leaders agreed that they would not allow Iran to undermine stability in the region. The two leaders also discussed ways to accelerate our joint efforts to defeat ISIS.