Home الصفحة الرئيسية | News & Events | Report of the OPCW FFM in Syria Regarding an Alleged Incident in Saraqib, Syria on 4 Feb 2018 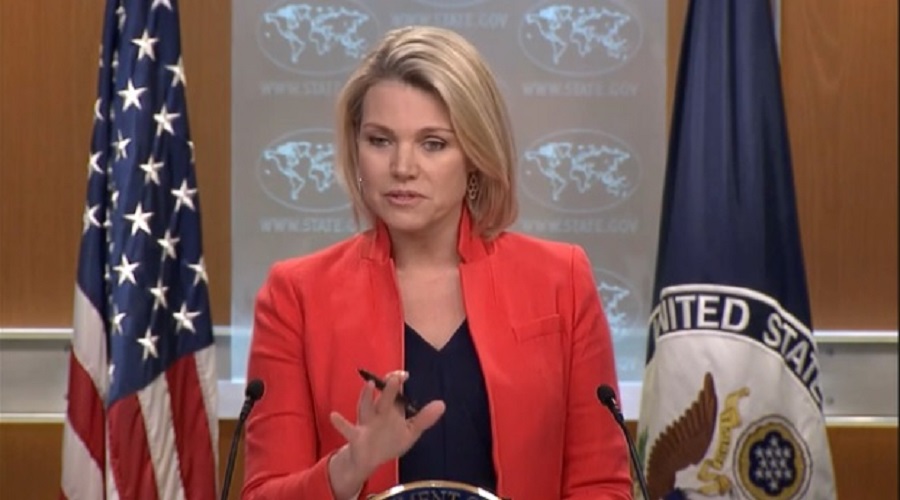 On May 15, 2018, the Organization for the Prohibition of Chemical Weapons (OPCW) Fact-Finding Mission, released its report regarding an alleged incident in Saraqib, Syrian Arab Republic on 4 February 2018. The FFM “determined that chlorine, released from cylinders through mechanical impact, was likely used as a chemical weapon on 4 February 2018 in the Al Talil neighborhood of Saraqib.”

The FFM conducted a comprehensive investigation including analysis from interviews, supporting material submitted during the interview process, analysis of environmental samples, and subsequent cross-referencing and corroboration of evidence. In addition, patients who sought treatment at medical facilities shortly after the incident showed signs and symptoms consistent with exposure to chlorine. This attack bears all the hallmarks of similar past chemical weapons attacks by the Assad regime against its own people. The Syrian regime’s offensive around Saraqib was also marked by its characteristic brutality and disregard for civilian lives.

The OPCW’s Fact-Finding Mission does not attribute responsibility for an attack. Unfortunately, Russia has vetoed the renewal of Joint Investigative Mechanism, which was the only impartial and independent body with the mandate for attributing responsibility, at the UN Security Council five times.

For seven long years there has been no let-up in the atrocities committed by the Assad regime, enabled by its backers, Russia and Iran, in flagrant violation of international law. The suffering that has been inflicted on the Syrian people by the Assad regime and its Iranian and Russian backers is abhorrent. Russia, which promised the world in 2013 that it would guarantee the destruction of Syria’s chemical weapons stocks, is ultimately responsible for their continued use there.

As part of our determination to hold those who use chemical weapons accountable, senior officials from over 30 nations will gather in Paris on May 18, 2018, for a Ministerial Meeting of the International Partnership against Impunity for the Use of Chemical Weapons. The Partnership ministerial will address recent chemical weapons use by States and non-State actors, in addition to actions the Partnership can take to contribute to the deterrence of future use and attribution in cases where use has occurred.