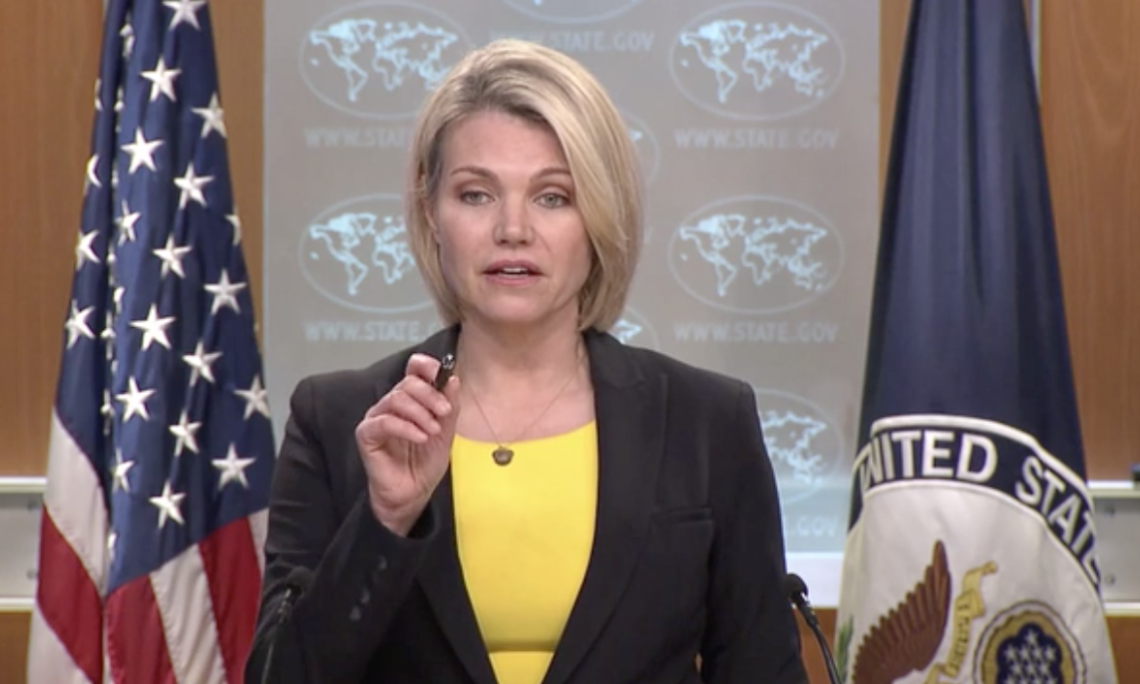 The enduring defeat of ISIS is a top priority of this Administration and of the State Department. Our diplomats are working closely with the Department of Defense to support upcoming operations in eastern Syria by the Syrian Democratic Forces, and with Coalition capitals to support stabilization initiatives that enable Syrians to voluntarily and safely return to their homes in Raqqa and other former ISIS strongholds.

Since April, the Department has elicited approximately $300 million in contributions and pledges from Coalition partners to support critical stabilization and early recovery initiatives in areas liberated from ISIS in northeast Syria, including a generous contribution of $100 million by Saudi Arabia and $50 million pledged by the United Arab Emirates at the D-ISIS meeting Secretary Pompeo led in Brussels on July 12.

As a result of key partner contributions by Coalition members, Secretary Pompeo has authorized the Department of State to redirect approximately $230 million in stabilization funds for Syria which have been under review. This decision was made by the Secretary, in consultation with the White House, and took into account the already significant military and financial contributions made by the United States to date, the President’s guidance on the need to increase burden sharing with allies and partners, and significant new pledges made by Coalition partners. Working with Congress, the State Department will redirect these funds to support other key foreign policy priorities.

This decision does not represent any lessening of U.S. commitment to our strategic goals in Syria. The President has made clear that we are prepared to remain in Syria until the enduring defeat of ISIS, and we remain focused on ensuring the withdrawal of Iranian forces and their proxies. We believe that neither of these events will happen without irreversible progress toward a political resolution of the conflict in accordance with UNSCR 2254.

This decision does not affect U.S. humanitarian assistance. The United States is the largest single country humanitarian donor for the Syria response, providing nearly $8.1 billion in humanitarian assistance since the start of the crisis for those displaced inside Syria and the region. We will continue to provide life-saving, needs-based humanitarian assistance to vulnerable Syrians, support for the White Helmets and the UN’s International Impartial and Independent Mechanism to hold the Assad regime accountable for serious crimes, as well as equipment and other measures to counter the effects of chemical weapons in northwest Syria.

We will also continue to work with our international partners towards the achievement of a peaceful resolution of the Syrian conflict under an UN-led political process.