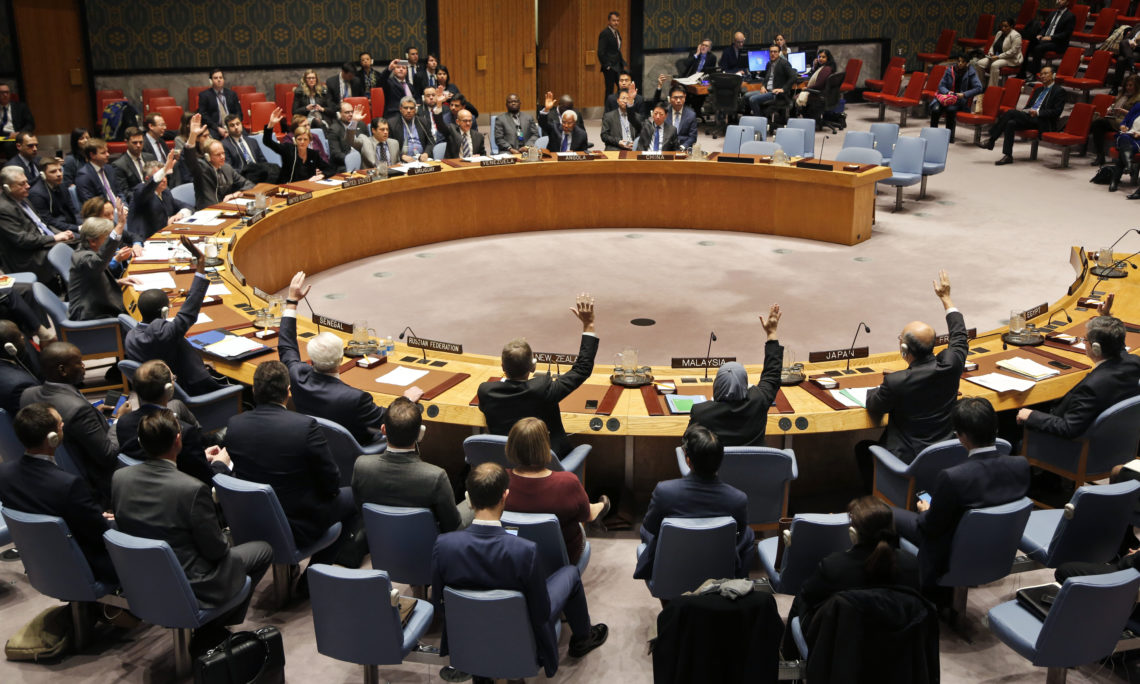 We welcome the unanimous adoption of UN Security Council Resolution 2319 to renew for another year the vital work of the Organization for the Prohibition Chemical Weapons (OPCW) – United Nations Joint Investigative Mechanism (JIM) whose mission it is to determine attribution of confirmed chemical weapons (CW) use in Syria.

Yesterday, the UN Security Council took an important step by renewing the mandate of the JIM – an independent, neutral expert panel – to enable it to build upon its instrumental work to date in identifying the party or parties responsible for the reprehensible use of chemical weapons in Syria. The third and fourth reports of the JIM, released August 24 and October 27 2016, respectively, found that the Syrian Arab Armed Forces used a toxic chemical, likely chlorine, as a weapon in three separate instances in 2014 and 2015. Additionally, the JIM’s third report found that Da’esh used mustard gas as a chemical weapon in 2015.

The UN Security Council has heard directly from multiple eye-witnesses in Syria who recounted horrific descriptions—the sound of helicopters overhead, the dropping of barrel bombs, and the release of toxic gas leaving hundreds of innocents gasping for air. Even as the JIM continues its work to determine responsibility for CW uses, we must all send a clear message that the use of chemical weapons will be met with serious consequences. Such consequences are necessary to uphold and strengthen international law in the face of multiple confirmed uses of CW by Syria, a State Party to the Chemical Weapons Convention (CWC); they are necessary to deter any state or non-state actor from seeking to use CW; and they, too, are necessary to send a message on behalf of all victims of such deplorable weapons, if we hope to save others in Syria and anyone around world from falling victim to a similar, terrifying fate.

Yesterday’s adoption of UNSCR 2319 (2016) follows a landmark decision, on November 11, by the OPCW Executive Council in the Hague condemning the use of CW in Syria; expressing concern about identified gaps, inconsistencies, and discrepancies in Syria’s declaration to the CWC; and demanding that the Syrian regime comply fully with its obligations under the Convention. The OPCW Executive Council decision also underscores the international community‘s resolve to demonstrate consequences for the clear violation of international law embodied in the confirmed multiple uses of CW by the Syrian Arab Armed Forces.

Taken together, these actions by the OPCW Executive Council and the UN Security Council demonstrate that the horrific use of chemical weapons anywhere, at any time, and by anyone will not be tolerated, and those responsible for their use will be held to account.